Tamagotchi (たまごっち, Tamagotchi) is a handheld virtual pet franchise created by Bandai, the same company who drafted Data Carddass Aikatsu! Since 1997, its initial creation, the franchise spawned numerous amount of media such as toys, spin-offs, video games, and a few animated series.

Aikatsu! later crossed over with Tamagotchi with the 2012 Tamagotchi device, Tamagotchi P's. On a special attachment called "Feat. Aikatsu! ver.," Ichigo Hoshimiya appears as a Tamagotchi character of herself and a new location is available to the game that bears resemblance of Starlight Academy.

There is also a stage based on the new Tamagotchi anime for Data Carddass Aikatsu!. It was released in October 10, 2013 and ended on January 1, 2014. A new Tama Deco Pierce sub-titled "feat.Aikatsu! Dream Academy ver." also has been released on December 7, 2013.

The Aikatsu will crossover with Tamagotchi once more on the latest virtual pet device called Tamagotchi 4U. There will be three more Aikatsu-based Tamagotchi characters along with the crossover, all downloadable on a "Aikatsu TOUCH Card". 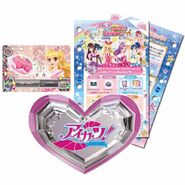 Aikatsu-P's pierce for Tamagotchi P's including a promo cards for Aikatsu. 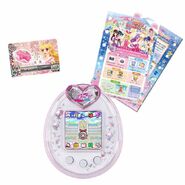 New items from the pierce including Ichigo, Aoi, and Ran, the new characters. A promo card is shown in the picture. 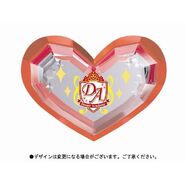 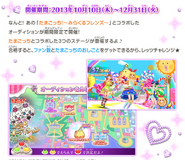 A Tamagotchi 4U Aikatsu! face plate and TOUCH Card. 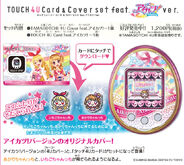 A Tamagotchi 4U along with the faceplate, touch card, Ichigo-chan-tchi and Akari-chan-tchi. 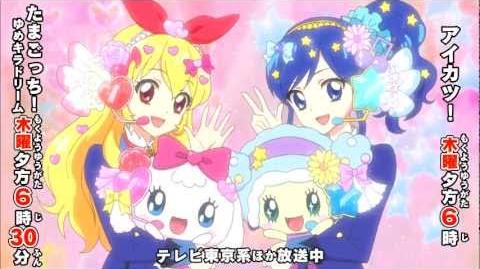 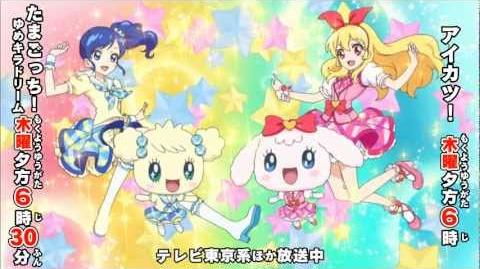 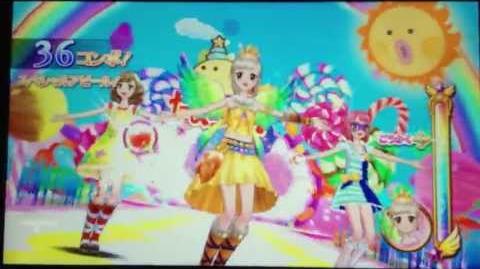