A white top with scalloped collar and a red silk ribbon wrapped around it, held by a gold emblem. A dull navy blazer is worn over this with black line detail and scalloped, slightly lighter cuff and lapel. At the middle are two gold buttoned chains. The white pleat miniskirt has navy lining inches from the bottom, and on the corner are two brown straps held by gold buttons.

Tall white boots with a wedge heel and a bow attached to a strap wrapped around the top. Dark navy knee-socks are included with white frills around the top.

A fuchsia headband with a yellow stripe down the middle and three star-shaped gems on the side coming in orange, fuchsia, and sky blue. The ear pieces are white and azure with the Starlight School emblem on the side.

A red headband with a knotted ribbon at the middle. Pearl dangles are included with a rainbow heart on gold base at the bottom. This headband is worn by Ichigo Hoshimiya.

A baby pink knotted ribbon. Gold pearl dangles are included, with a crown and ruby droplet at the bottom. This bow is worn by Akari Ōzora.

A big purple ribbon tied in the hair. It is normally worn by Tsubaki Saionji. 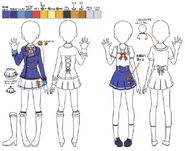 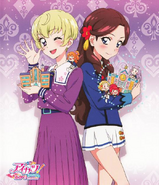 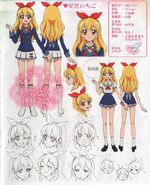 The winter jacket is seen on this photo 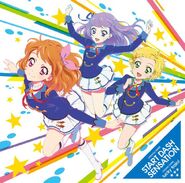 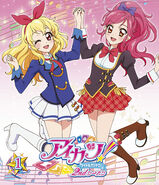 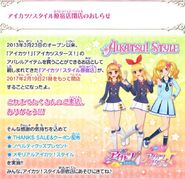 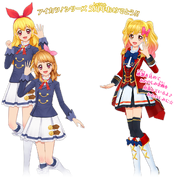 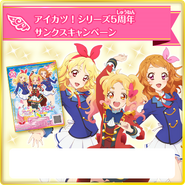 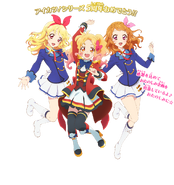 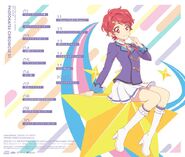 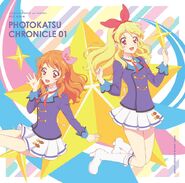 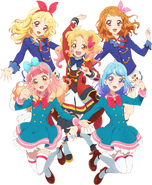