Shun Yotsuba (四ツ葉 春 Yotsuba Shun, Shun Yotsuba ) is the new pastry chef at the cafeteria of the Starlight School. He has introduced a bunch of brand new sugary snacks, including various homemade donuts.

Yotsuba is a tall male who looks to be young. He has coffee brown-colored eyes and dark, sandy-blonde hair slicked back in a very short cut. He is always dressed in baking clothes. 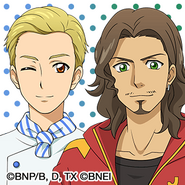 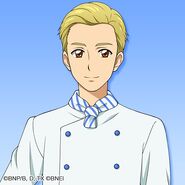 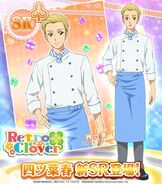 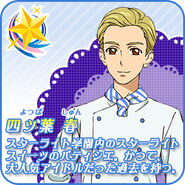 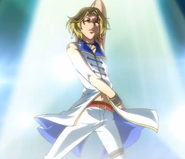