Marcel (マルセル, Marcel) is the Top Designer of Magical Toy.

Marcel lives in New York and is the reason for Kaede's love of magic. He dresses as a street clown to entertain people as well as search for inspiration for his designs.

He is a man dressed in a clown outfit and face paint. His hair is worn as a giant, orange afro.

Mysterious as he may be, Marcel wishes to make everyone (no matter their age) happy. 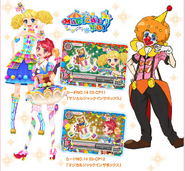 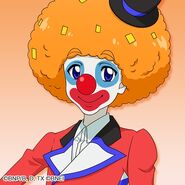 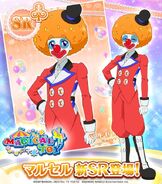