Makoto is an effeminate man in looks as he is personality. He has small brown eyes and sandy-blonde hair worn in a tight spiral at the center of his head with the rest of it cut down. He is tall and wears attire of light yellow and white, accented with gold accessories and vibrant purple. He often wears a long flowing scarf or a bright purple coat.

Makoto has a quirky personality with a comparatively high voice, and is somewhat effeminate features. Before he was introduced to the "power of love", he was extremely strict and slightly unlikable. However, after meeting Otome, he had a change of heart. Makoto is now more open and more friendly, believing that "love is power".

In Episode 15, he wouldn't give Otome his premium rare cards due to the fact that she was late. However, when he found the other half to his father's ring was with Otome, he gave her the Tropical Basket Coord.

In Season 2, he became more active with Otome and even begins using Otome's "Love You" catchphrase. 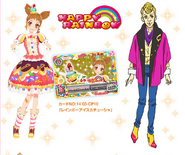 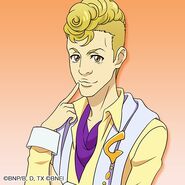 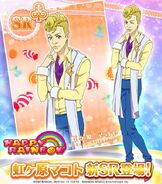