Cinderella (also known as The Little Glass Slipper) is a European folktale published by French author Charles Perrault in 1697 and by the Grimm Brothers in their folktale collection, Grimms' Fairy Tales. The story follows a young girl named Cinderella who is forced into servitude by her stepmother and stepsisters. With the help of her fairy godmother, Cinderella is magically transformed into an elegant lady and ends up dancing with the prince at his ball, in which he is looking for a wife.

Cinderella, in her haste to leave the ball before midnight (when the magic spell cast on her is broken), accidentally leaves behind one of her glass slippers, which the prince attempts to use in order to find Cinderella and marry her. Its main brand is Sangria Rosa. 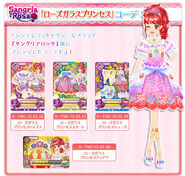 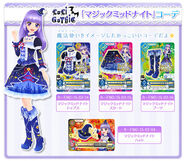