"The Final Stage"
A event turned into a movie, with our director being Ichigo Hoshimiya and our main heroine being the idol who just became the Starlight Queen, Akari Ōzora!

A slapstick story about the story of finding that one Aikatsu! Card.
The final stage of the 25 idols.

in order of appearance, with their roles in the film within the 30 minute special listed below. 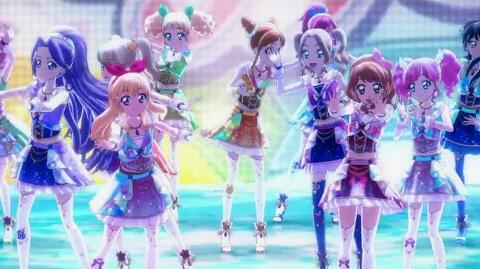 (HD)Aikatsu! All Stars Nerawareta Mahou no Aikatsu Card(Full)
Add a photo to this gallery

Retrieved from "https://aikatsu.fandom.com/wiki/Aikatsu!_The_Targeted_Magical_Aikatsu!_Card?oldid=259083"
Community content is available under CC-BY-SA unless otherwise noted.