Aikatsu! Double Charm is a series of charms released during Season 2 of the Aikatsu Anime. Set 1 was released mid-March of 2014, with the second set following in August. Both were made by Bandai.

The characters featured on them include Ichigo, Aoi, Seira, Ki, Sora, and Maria.

Each accessory includes two charms attached to it. Made of silver, there is an idol dressed in her school coord, with the second charm half of her size, based on a symbol matching her. These include: 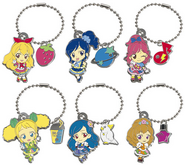 With this set, the characters are shown in a coord from their brand. These include: 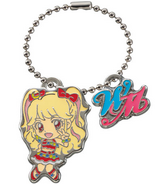